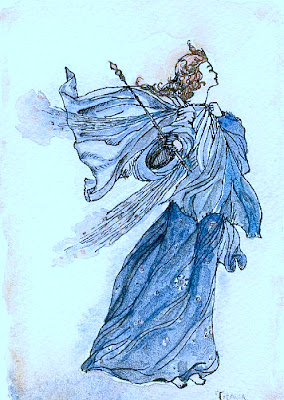 In second-grade, I was cast as Taitania, Queen of the Fairies, in A Midsummer Night’s Dream.

At Camp Echo, I was knighted Grape Stuffing Champion, squishing 43 green grapes in my mouth.

I made the All-Star team at Northwestern University Basketball Camp.

In high school, due to my volunteer work in Cabrini-Green, WGN-TV gifted me $1000 and featured me in their “Extra Effort Award” segment.

During undergrad at Boston College, I won the Martin Luther King Scholarship, given to a junior each year, which covered 75% of senior year tuition.

I gained the power of perspective and appreciation when I traveled to Kingston, Jamaica to do service-work with leprosy victims, AIDS patients abandoned by their families, and children who attended school situated on the city dump.

My first “real” job filled my filing cabinet with notes like, “Me and Rupert like you. We are your litter boyfriends. Will you marry us? Check yes or no.”

My second job took me to LBJ library in Austin, the National Archives in DC, PBS Studios in New York, the private Kennedy collection at JFK library in Boston, and had me shaking hands with Bill Moyers, Maria Shriver, and a then unknown Barack Obama.

At age twenty-five, I turned what could have been one of the lowest moments of my life, getting fired, into the best thing that’s ever happened to me; self-employment has brought me to Rwanda, put me on a TEDx stage and in the Sunday New York Times, and has me keynoting conferences.

The man whose voice projection and deep eye-contact nuzzled their way into my heart at an event I threw so that others could meet others would a month later be “a guy I’m dating,” a year and a half later my “live-in Boyfriend,” three years later “my fiancé,” and four years later “my husband.” Always “best friend.”

All of that is nothing.

These past few days have showed me THERE IS NOTHING BETTER THAN HELPING PEOPLE BE FRUGAL, DIY, AND PRODUCTIVE. 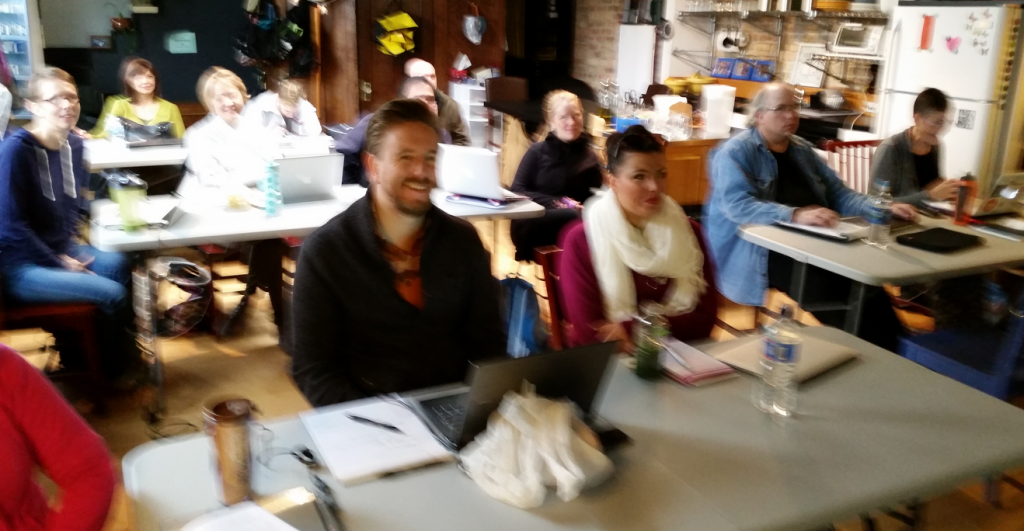 I led my Productivity workshop on Saturday. The fact that twenty-one people would volunteer to spend four hours learning about apps and extensions instead of apple-picking, sipping coffeeshop PSLs, or screaming at a TV in a bar filled with people all wearing the same collegiate color made my heart melt.

When Best Friend proposed to me on top of a North Carolina mountain, in front of a waterfall, with the perfect ring, I fluttered. As workshop reviews trickle in, I swoon.

Saya Hillman’s class on Productivity was top notch! She took what could have been several weeks of material and was able to condense it into a very informative and eye opening four hour course. I walk away with a number of new tools that I am implementing right away. Totally recommend this course!

Do it. Even if you only learn one thing, do it. Saya is a productivity master. I thought that a lot of the information she shared was perhaps not so useful for my work situation. However, after getting to work on Monday (class was the Saturday prior), I realized how relevant so much of it is. Do you have those days that just breeze by? Days where every minute really counts? In this class, you will learn about tools that will give you those minutes.

Great class! Loads and loads of amazing resources that Saya uses. She discusses not only what the tool does, but gives very specific examples of how she uses them. Helped me to envision the possibilities for my own use. She also provided examples of tools that do the same thing as the ones she uses, and with an explanation of either why she doesn’t use them or that she hasn’t tried them. For paid tools, (not too many) she generally provided a free alternative if she knew of one. The 4 hours flew by and was almost not enough time to go through everything. And the bonus is that it is in Saya’s home, so it is comfy and relaxed without the sterile environment of so many other locations. It’s a happy place with a great vibe. Highly recommend this class!

When Melanie Pinola of my favorite website, Lifehacker, complimented my Twitter bio, I threw my hands up in the air and said, “That’s it! I’m done” and lay on the couch, ready to leave this world. What else was there left to achieve in life?

As I’m able to help someone go from 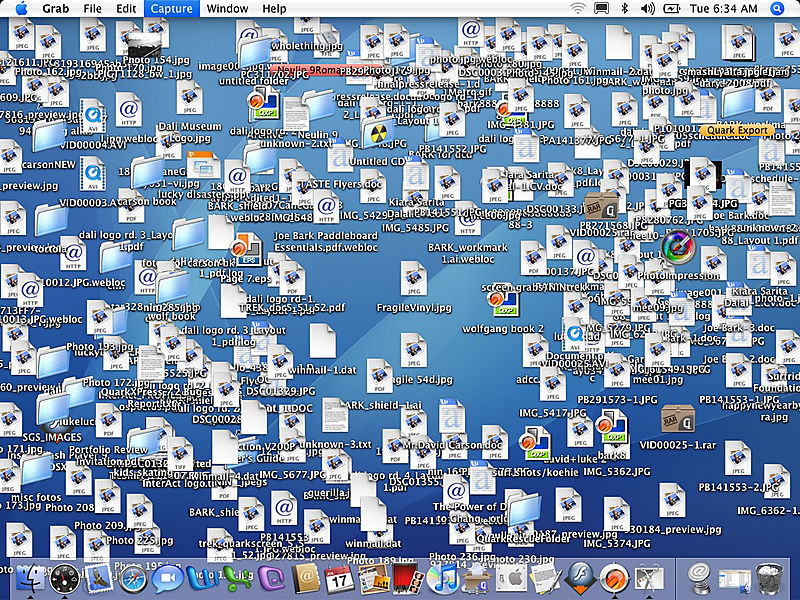 As I show someone how to get an inbox like 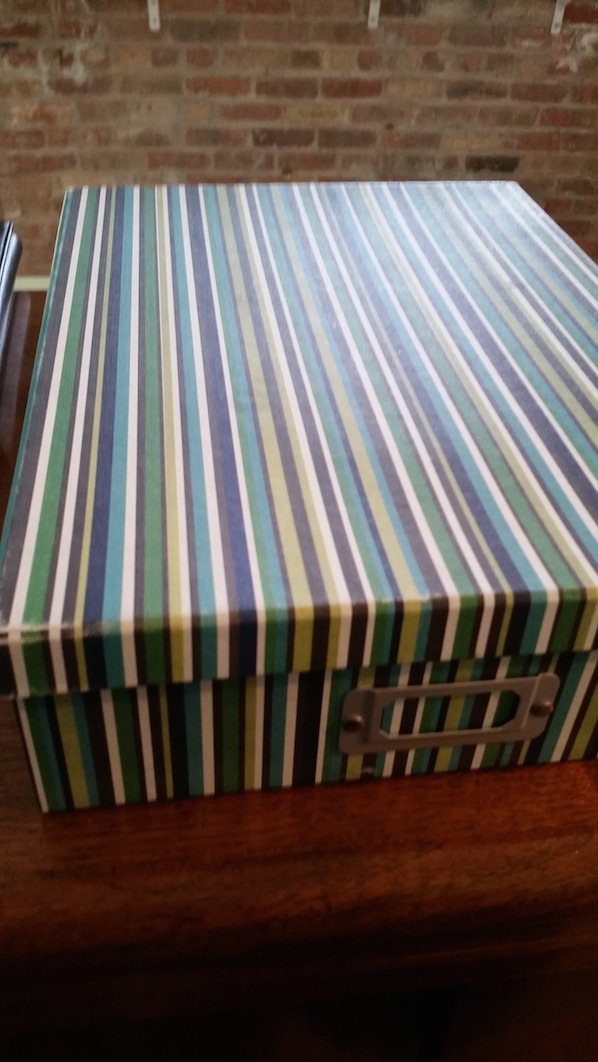 and my phone set up

and as I hear from students how they’re implementing my knowledge into their lives, I realize how it must feel to win the Nobel Peace Prize, be selected as a MacArthur Fellow, or be anointed Time’s Person of the Year.

I keep getting asked when my next Productivity class is; not sure at this point, I’m all things Fear Experiment and Life of Yes! Sleepaway Camp at the moment. Sign up for the Mac & Cheese Productions e-list to be notified when it’s scheduled!

That image of the messy desktop gives me hives.

UPDATE: So many of you who don’t live in Chicago asked me about allowing people to webinar-in. Interested? Sign up here!

Ok, so next question… when is the class being held in San Francisco?   Your SF fans have productivity needs too!

lmallman Apparently do does Trinidad/Tobago and Portland…. If you have any contacts at an airline and they’re looking to sponsor anyone (hand raised).