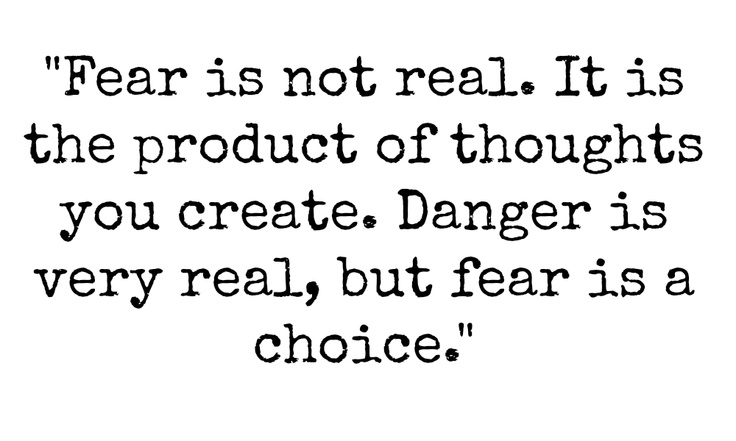 During this round of Fear Experiment, where strangers who met early September confront various fears as they learn a capella, stepping, and storytelling in preparation for a one-night only performance in front of hundreds at the Park West at the end of November, I’ll be spotlighting some of the participants through Guest Posts as we lead up to to the show. Come cheer on the nervous fear-facers! Show info and tickets here.

I had just broken up with my first ever boyfriend and six months later I was laid off from my job. The unemployment lasted almost 2 years when I landed the crappiest job I’ve ever had. I drove home every night for 8 months in tears. I almost never got to see my friends due to the long hours and being in the suburbs. I was part relieved and part terrified when I was fired from that job. I put dating on hold as I entered my next job search, there’s only so much rejection one can take. This search lasted another 3 years. (I don’t quite count working at Starbucks as “getting a job”, I consider that surviving.) During these 3 years, I got into a very selective job training program. It was created for Chicago residents to give them technical job skills for openings that companies were having trouble filling. I did not get my first choice for the topic of study I wanted. However, the track they put me in helped me get the amazing job I have now.

Sometimes my first choice isn’t always the choice I should be making.

It was during that time I learned of Mac & Cheese Productions. I felt I needed to work on my people skills because my nervousness in interviews was seriously hindering me landing a job. I put myself on the email list and then I did absolutely nothing but browse the emails each time I received one. Reading up on Fear Experiment intrigued me, but something kept holding me back from diving in. Something? Really, we all know it was fear that was holding me back. I was afraid to be forced to join without someone I knew. Honestly, joining a group of strangers to perform? Who does that? Those people are obviously not normal. I told myself I did not want to be around people like that, they’d lead me down the road to crazy town.

Finally, when storytelling was announced, I jumped. I really wanted to do storytelling. I had already begun to stretch myself and take risks. I was working hard not to let fear rule my life. I went to the info session and learned all about these weirdos who gather together with complete strangers on purpose. During the info session I still really wanted to do storytelling, but the step dancing began to feel more of a risk. I’d have to get up and move my body. I’d have to exercise and be with a large group of people. Storytelling was going to be a smaller group and they’d meet just once a week. Stepping would meet twice a week. The more they talked about this Fear Experiment thing the more I felt I had to join. I HAD TO DO THIS. In my application I wrote that I really wanted storytelling, and I just knew I’d be amazing. But I feared this small group would make it harder for me to get in. I decided as a second choice I’d say I was open to stepping. I had no idea what this stepping was (have since learned it’s this and this), but I knew that it would be the bigger risk for me. Forced into a large group of people, having to leave my house on purpose twice a week, and exercising! UGH! So out of my comfort zone. On a scale of 1 to 10, this risk was a 10 for me.

Of course just like the training program, I was put in my second choice. It has turned out to be a great choice for me. Our instructor Gloria is totally fun; she’s patient and supportive. My whole group is amazing and friendly. They don’t judge me when I need to sit down because my old, out of shape body is exhausted. Even though my sense of rhythm is non-existent and I get lost each time we do a section twice, I laugh for two hours straight. I feel like I’m accomplishing something amazing. I know I’ve met a fabulously supportive group of people who will be great friends for years to come.

When I think of being afraid, I always remember the episode of Buffy The Vampire Slayer titled Fear, Itself. The fear demon, Gachnar, is pictured in the book actual size, only a few inches tall. Because fear makes things much bigger than they really are. When you overcome the fear and move forward, you realize there was nothing to be afraid of in the first place.

What are you waiting for, sign up for FE8 now and buy tickets for FE7 to see me step! 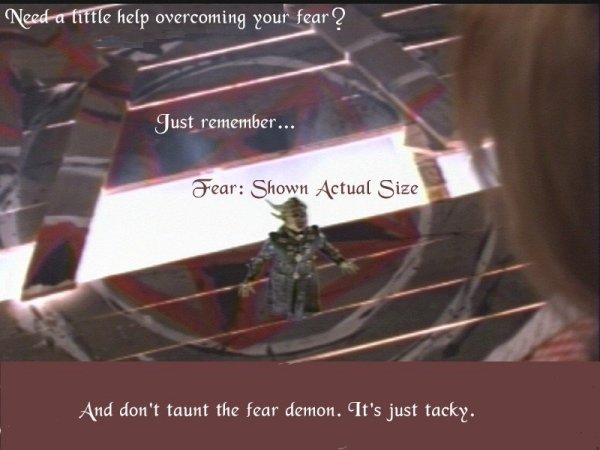