Should I change jobs? Where is this job going? What should I do if I’m fulfilled but… something’s missing?

How can I deal with depression? Dissatisfaction with personal relationships? With dating?

I have a long-desired dream that’s yet to be realized — do I give it up? Try harder?

What if I take a huge leap and it doesn’t work out?

What if doing the ‘right’ thing doesn’t jive with my heart?

What if I hurt people, burn bridges, piss off people by making a choice?

We’ve all had these questions, probably more than once. It’s a struggle to know the right answer.

I’ve found that one of the best avenues not necessarily to knowing what’s right but to feeling right with whatever I decide is by hearing other people’s journeys.

Carolyn, a full of life and dynamic Cheese-It I met in Chicago years ago, has had a fascinating journey to a new city, new job, new social circle, and new life outlook, and she’s all about sharing it with the Cheese-It community — check out her winding path and helpful insight below. Thanks Carolyn! Even though you went to the wrong “Comm Ave., starts with a ‘B’ ” school in Boston. 😄 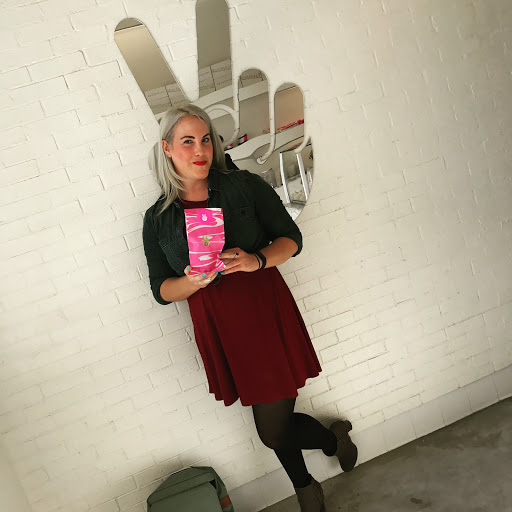 Two and a half years ago, I was happily working for a growing start up in downtown Chicago, relishing the camaraderie with my coworkers and dreaming of the day when the company would be able to open up a foreign office where I would hopefully snag a position abroad. Now, I’m ecstatically living in Los Angeles, taking every opportunity to explore my new, weird, and interesting home. So what happened in between?

Well for one, in 2014 I booked a trip for my 30th birthday that would involve 5 weeks of solo travel in Southeast Asia. That trip is another blog post unto itself, but it was the fulfillment of a very long goal I’d had of following in the footsteps of some of my favorite world-traveling friends. I had fun on every single moment of that trip through Thailand, Laos, Cambodia, and Vietnam, even during the terrifying bus rides through mountainous forests in the middle of the night when I thought we would tumble off the next unseen cliff.

Prior to leaving for Southeast Asia in February 2015, I had already started thinking to myself that I was ready to explore another location in the US. While I was still fulfilled at work, it started to become clear that the dream of a foreign office was probably never going to become a reality. My upward mobility options were also practically nonexistent. And while the company grew, I didn’t have the same sense of belonging that I once had. But the real reason I was starting to feel tired was that working customer support in a fast-paced environment was really wearing on my psyche and overall happiness. So that provided a major impetus for me to start thinking about moving on.

Aside from my professional life, my personal life wasn’t doing much better. I grew up in the suburbs of Chicago so I have many friends both in the city and now in the suburbs raising their young families. I’m so happy to be connected to these people but I could sense that there was something else for me somewhere else. Dating had led to many dead ends and I started to think that I could have better luck in a new city (word of advice: moving to Los Angeles to date was probably NOT my smartest decision, just fair warning!) The Chicago winters were also starting to take a heavy toll on my personality and I had to seek preventative therapy starting nearly every October in order to head off serious winter-induced depression.

I started to think about where I’d like to end up. First was New York, but I quickly nixed that idea because 1) it’s still really freaking cold there; and 2) it’s so damn expensive. Next I thought about San Francisco because I love the tech industry and figured I could pretty easily find a job there. But I crossed that off the list due to temperature and cost of living as well. Finally, I remembered the two sunny carefree holidays that I’d spent in Los Angeles and realized that it was where I wanted to end up. I began looking for interesting startups online and figured I’d give myself about 10 months for the search, which would begin in earnest when I’d get back from my Asia trip. I managed to line up a few interviews with companies before I left, but I really didn’t think I would find anything that quickly.

Life had something else in mind. While I was off sweating and swimming in Asia, I received the news that I had an offer for a tech company in Pasadena. I couldn’t believe it was happening so fast, but I took it as “a sign” and just went with it. Needless to say, my company was not pleased with the timing of my decision to quit immediately following an extended vacation and I can’t blame them. I would never intentionally try to screw over anyone like that, yet it was understandably a difficult transition period. But I gave them about 3 weeks notice, trained up the new employees as best I could, and made my plans to move west with only the items that I could fit in my little Honda Insight.

Now two and a half years later, I’ve never for once doubted my decision to move. I actually hated the company that I moved out to Los Angeles for, but it only caused me to hustle even more and find a new opportunity, of which there are plenty. I met an amazing roommate through Craigslist (that gamble definitely paid off!) and she introduced me to many of the close friends that I have today. I’ve also been able to reconnect with old friends from college and just meet people out and about because I love talking to anyone and everyone. I immediately became involved in my university’s alumni group which proved to be an excellent place to network and find my current job. At an event that I attended early on, I met a man whose wife is an actress and an alumnus of Boston University. She was speaking on a panel and mentioned her husband’s startup. That piqued my interest so I found him afterward and began communicating with the company about available positions. Initially, I was brought in to interview for a position that ended up going to someone else. But lucky for me, it wasn’t a great fit for that person, so they called me back a few months later and I immediately accepted. I am now excited to go to work every day. I learn more and more about the entertainment industry, which is fascinating. And I have colleagues that fully support one another, which is part of the reason why I started out loving the job that I eventually left in Chicago.

Uprooting your life can be scary. But the fact that I did it after that long period of solo travel, where every day was an adventure, made it feel like the adventure was just continuing. So if you’re feeling stir crazy and ready for a change, try traveling to an exotic locale to whet your appetite and you’ll be ready to extend the comfort with the unknown!

Finally, one piece of advice that I’ve heard about Los Angeles and truly believe to be true: you have to want to like it. I wanted it, and I love it! 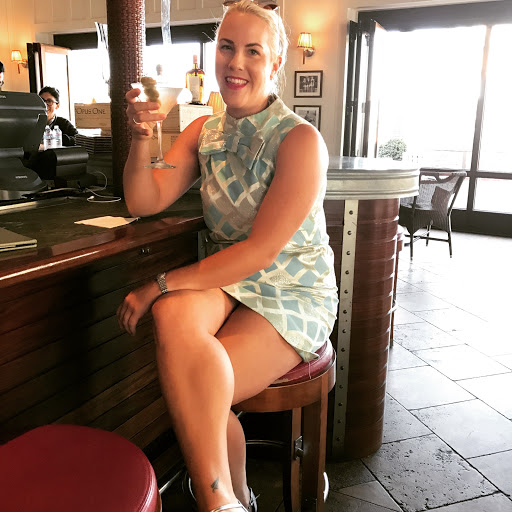